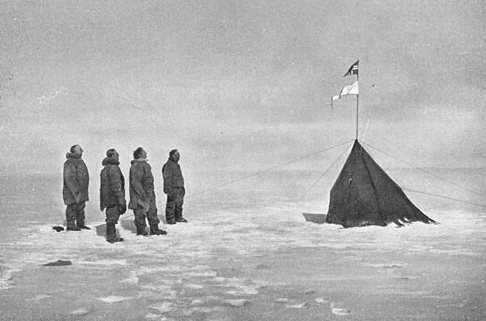 Today marks the 100th anniversary of Norwegian explorer Roald Amundsen becoming the first man to reach the South Pole.  The race to become the first to do this was a heated one, between Amundsen and British explorer, Robert Falcon Scott.  And while Amundsen was famous around the world and went on to explore more of the poles and the Northwest Passage, Scott and his team met their fate in the cold blistery winds of the Antarctic.

I had no idea it had been just a short 100 years ago that this great feat had been accomplished, and I thought that it would be nice to take a moment to remember the the achievement and the high stakes that often come with exploration and trailblazing.  Two great men from a bygone era, whose memory lives on still, at the Amundsen-Scott Research Station, located at the South Pole.

Check out this site to learn more about these two accomplished explorers and their race for the South Pole.